The winter break benefits everyone

Despite the winter in Alanya being both wet and windy, the temperature almost never goes below 10 degrees celsius

Why Turkish food is world class 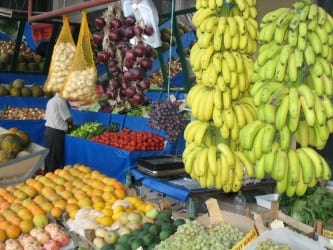 Football is played after sunset

Throughout the summer months a lot of sport is played in Alanya and, as in many other places 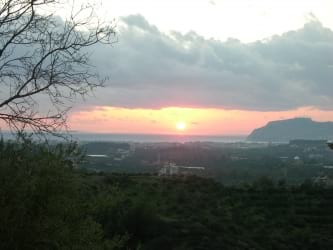 Read all the stories

Mini-guide to the beaches of Alanya

For a newly arrived tourist there are many things that may seem different and confusing. This may also apply to the beaches of Alanya.
The two main beaches in the city are naturally separated into an eastern and western part by the 250 metre high promontory.
For inexplicable reasons the eastern beach has several names and is therefore normally only referred to as the Eastern beach.
The western beach of Alanya is named after Queen Cleopatra of Egypt.
Both the Eastern and Cleopatra beaches offer a large number of activities and are full of activity and happy people all day.
The cost of renting 2 sunbeds and 1 sunshade is the same at both beaches, around 4 euro. There is no need to reserve or order these in advance.
As a guest on the beach you just lie down on a sunbed and shortly after a beach-boy will come to collect your payment. It is also possible to buy food and drink.
The beaches of Alanya are divided into approximately 20 smaller areas that are controlled by a hotel or a local owner. Often each area will have a small sign that tells you what number their beach is.
As a tourist there is no need to worry about this.

The Dolmus buses have retired

The days of the Dolmus buses in Alanya are over. This popular means of transport has been replaced by public buses that have taken over most of the routes in the small streets. This is the result of a Council decision that forbids private bus transportation in Alanya.
All over Alanya new bus stops are appearing. The local bus drivers also stop outwith the official stops - you just need to signal to the driver. However to be certain that the bus will stop, it is recommended you use the official bus stops.
The public city buses run between 7am and midnight and the price is approximately 50 eurocent. You pay cash to the driver and it is best to have the correct fare ready. Children pay only half price. Other than that, there is no discount system.
The Dolmus bus station still exists and the Dolmus buses that drive to destinations outside Alanya wait here. They normally do not use the main street through Alanya but drive around the by-pass.

How the banana came to Alanya

Boats departed from Alanya with the course set for places like Egypt and Cyprus. The holds were filled with wood, sesame seeds, beans and different kinds of nuts and fruits. On the way back they had been traded for salt, soap, oil and decorative items from far away countries.
It was from such a journey to Egypt that the merchant Serifali Ahmet Aga brought a banana plant back to Alanya and planted it in his backyard.
When the banana plant started to produce bananas he instructed his family not to eat the bananas since they were likely to be poisoned.
After a while the ripened bananas fell to the ground and were soon eaten by ants and other insects. The family housekeeper saw this and realised that the bananas were not poisoned at all. She decided to taste one of these new fruits. The housekeeper liked it a lot and told others about it.
Thus the myth of the poisoned banana plant came to an end and soon the growing of bananas started in Alanya. Around 1920 the demand started to rise and the number of fields increased dramatically.
The growing of bananas in Turkey is concentrated in a 200 km long belt running along the Mediterranean coast from Manavgat through Alanya to Anamur.
This belt is the only place in Turkey with the right climatic conditions for growing the plant. The banana is an incredibly fragile plant that requires a lot of water and a mild climate. When winter is approaching and the weather becomes unstable, plastic sheeting is put around the bananas to protect them. It is possible to harvest bananas twice every year and one banana plant can yield up to 75 kilos of bananas per harvest.
Each year 40,000 tons of bananas are produced in Turkey. This is not enough even to cover the demand on the domestic market.

This is the weather in Alanya

Alanya is situated 36 degrees 32 minutes north and 32 degrees 1 minute east in the Mediterranean region of Turkey.North of the city are the massive Taurus Mountains where the peaks reach up to 3,000 metres above sea level. You will also find here several plateaus with beautiful scenery where the local people live.
With mild, rainy, wet winters and hot, dry summers, the climate in Alanya is typical of any town on the Mediterranean coast. December and January are the wettest months while August is the driest.
The average temperature in Alanya is around 19 degrees. August is the hottest with an average of 27 degrees while January is the coldest with an average of only 12 degrees.The temperature in the mountain plateaus is normally 13-14 degrees lower than the temperature in Alanya. In the town night frost is rare and snow is almost never seen. Nevertheless bananas, oranges and vegetables are always planted in places where the cold and the north winds from the mountains cannot reach them.
Normally the wind will come from the southeast. During the winter though, Alanya often experiences storms from the south. Although they can be pretty fierce, they rarely do any damage.

Get inspiration for your holiday. My2Base is your destination guide and presents an insiders view on Alanya. Our stories are written by locals as well as expats living like locals.